Solving one of the most fundamental challenges

The coin supply of a blockchain is one of its most fundamental economic properties. But even more interesting than the actual supply is the rate at which it changes. Is the rate of change fast or slow? And what are the factors impacting it?

Although Bitcoin is known for its limited supply property, the truth is that it started out from an hyper-inflation state (1,000%+) and still continues to mint new coins with each block.

Why is it so important? To put it simply: miners must be paid for their work, for which there are only two sustainable sources.

The first option is to reward miners with transaction fees. However, this fundamentally sound idea has its problems. For example, there are no guarantees that there will be enough transactions, generating sufficient income to maintain a high number of miners. If there is no income, they may give up their work due to the lack of attractive returns, which means that the protection of the blockchain is no longer adequately secured.

This scenario is true for any newly launched blockchain. It can take years to build a strong community and attract powerful blockchain-based businesses. Lack of transactions could result in a compromised blockchain due to miners quitting their work.

It is also possible that many transactions are made - but that the maximum capacity of the blockchain has already been reached. When this happens, there is no way for a stagnating transactional economy to compensate for a price increase of the underlying coin. If the network value rises over time (through the coin price increasing), but the income for miners doesn't grow at the same rate, it makes the blockchain increasingly attractive for an attacker. Just imagine the potential reward for attackers continuously growing while the difficulty of attack remains constant.

This scenario is true for both Bitcoin and Ethereum. They have both reached their total transaction capacity years ago. However, their network value keeps growing. As a result, transaction fees now only account for 2% of the mining income for Bitcoin and only 4% for Ethereum.

Or in other words, if Bitcoin and Ethereum stopped paying miners through inflation, they would see a 50x reduction in network security in the case of Bitcoin and 25x reduction for Ethereum. The risk of a successful attack would become very real overnight.

This is why it's good to have a second source of income, namely inflation-based block rewards. In contrast to the first source described above, they are not dependent on the transactional activity at all and thus represent a base-line income for miners. It guarantees miners a minimum yield, regardless of the actual performance of the chain. Since the rewards are minted in the form of coins, there is also no risk in terms of over-performing coin prices. The security of the blockchain scales proportionally to its value.

The blockchain is always protected.

The guaranteed protection however, comes at the cost of a growing supply.

Most blockchains try to predict complex dynamics far into the future and decide on a one-size-fits-all setting upon launch. Bitcoin is a perfect example for this. The rate at which new coins are minted is scheduled to halve every 4 years, with no regard to the actual market environment, transactional economy or its security factor. All of these change dynamically over time, with the direction and magnitude of the changes impossible to predict. Yet, Bitcoin operates according to its code and has no mechanism to adapt. So far it turned out to be sufficient, however as block rewards continue to shrink over time and the chain value continues to grow, it is very likely that at some point the chain will become compromised.

Hydra as a chain is neither inflationary, nor deflationary. Although it can turn into a state of both, the direction and magnitude of the supply change can be voted on by coin holders. This gives the chain a very agile character and allows it to dynamically adapt to various external and internal developments. Let's examine them below:

We will be using the following staking calculator to simulate various scenarios:

At the launch of mainnet, Hydra chain will have limited organic activity, which is why it starts with a strong inflationary setting of 20%. This incentivizes the build-up of a strong staking community right from the beginning and ensures that the chain operates smoothly. However, this setting can be voted up or down by the community through the decentralized governance protocol.

The maximum inflation rate of the chain is 25%. Once it reaches this setting, it is no longer possible to vote it upwards.

In this example we simulate the Hydra chain at its start-up phase, with high inflation and virtually no or very low transactional activity.

It is no surprise that the inflation comes out at the 20% rate it was set at. However, since not all coins are staking, the ROI for stakers ends up significantly higher than the inflation rate. At the same time, since there is no transactional activity, 100% of staking rewards are coming from inflation-based block rewards.

Hint: Changes between examples are marked this way.

In this example we simulate a more advanced state of the chain, with the main difference being that we now have 1 transaction executed per second (on average).

The inflation rate remained constant, however we now see the effects of the transactional economy. The ROI for stakers has skyrocketed to above 90%, as transaction fees now make up 42.7% of the staking rewards.

As mentioned above, the inflation setting is not a constant and can be changed through a democratic governance mechanism. This is very useful when it comes to rebalancing the macro-economy of the chain as a result to major changes. In example #2 we have seen how the transactional economy has started lifting the ROI for stakers notably.

In this example we halve the inflation rate from the previous 20% to only 10%.

Leaving all other factors the same as before, we arrive at the following outcome:

We now have a much more modest inflation rate of only 10%, while still maintaining a very attractive ROI for stakers. The weight of transaction-based rewards has now grown to 60%, which means that more than half of the staking income now depends on sustainable transactional economy.

However, reducing the inflation rate is not the only way to slow down supply growth. Burning coins can be an effective path too.

In this example we will keep the inflation rate at 20% and vote up the burn rate to 50% instead. This will burn 50% of all transaction fees at protocol level.

The outcome turns out to be very comparable to the one from example #3. Both inflation and ROI perform very closely and we are able to slow down the inflation by counter-balancing it with coin burns. The biggest difference shows in the weight of transaction fees among the staking rewards. It is only 24%, which is much lower than the 60% of example #3.

This of course is expected, as the transaction fees were heavily used for burning coins before they can arrive at the wallets of the stakers. The advantage of increasing the burn rate as opposed to decreasing inflation is that by keeping inflation-based block rewards as the main pillar of income, it remains highly predictable for stakers. Transaction-based fees on the other hand can turn out to be very volatile and show strong variations from one day to another.

Now we have seen how it is possible to reduce the net inflation by either voting down the inflation rate or voting up the burn rate. But what if we want to take it one step further to arrive at a state of fixed supply? Would this be possible?

Let's run the calculator again. This time we will take both of the actions described above, but simultaneously.

For this example we reduce the inflation to 10% and at the same time set the burn rate to 50%.

Although the outcome is not perfectly 0, an inflation rate of 1.48% is close enough for the purpose of demonstration. In this scenario, coins are burnt at the same rate as they are minted, thus cancelling each- other out. However, stakers still enjoy an impressive 42.5% ROI for securing the network.

The question in the room now is whether this can be used for a deflationary state too.

Let's now assume that the chain is seeing some adoption and averages out at 3 transactions per second. As a result, we also set the price of HYDRA to $2.50, in an attempt to reflect the higher demand created by users. As a last change, we also disable the inflation setting, by voting it down to 0%.

Negative inflation means that the total supply shrinks by 10% per year, which is a very significant rate of reduction. Despite the high deflation, stakers are still able to enjoy a 20% ROI.

However, there is one key limitation to this: HYDRA market price.

As transaction fees are fixed in USD equivalent, the market price of HYDRA has a direct impact on the staking ROI. If the inflation feature is disabled and the HYDRA price is very high compared to the transactional economy, the staking returns will come down.

Let's simulate the same scenario as in example #6, with the only difference being a much higher price. We keep all settings equal and simulate a $10 HYDRA price instead of $2.50.

As is clearly visible, both the deflation rate as well as the ROI for stakers has come down significantly. In such a scenario, it may be a good idea to vote up the inflation rate to e.g. 5% to improve the security factor of the network.

In all examples above we assumed a fixed 40% of total supply being staked. The 5% ROI for stakers would grow to 10% if only 20% of the total supply is staked. However, the cost of this is a reduced security factor for the network.

The impact of the HYDRA price also works in the opposite direction. In an oversold state of HYDRA, the burn rate can reach much higher values.

Let's consider the same scenario as in examples #6 and #7, but with a HYDRA price of $1.

The results show that a $1 price for HYDRA at 3 transactions per second would be a massively oversold condition. More than 25% of the total supply would be burnt within a single year and stakers would enjoy 50% returns in addition to the supply reduction.

This acts as a natural protection against price dumps and ensures that the network has a real and strong fundamental value, based on its transactional economy.

Hydra is neither an inflationary, nor a deflationary chain. It is simply a flexible chain and can quickly react to pretty much any scenario. This ability to adapt to internal and external factors makes it very resistant, and allows for a perfect balance between managing the coin supply and keeping the network secure through happy stakers.

We invite you to play around with the numbers for yourself through the staking calculator: 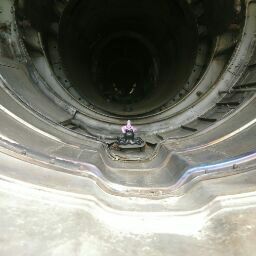 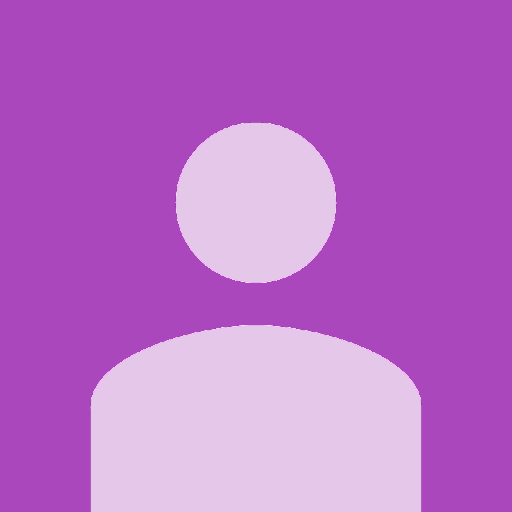